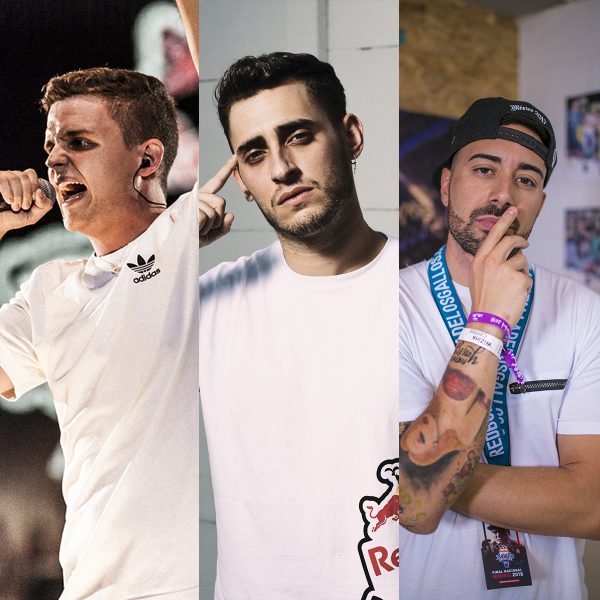 Two MCs, one DJ and two fights full of freestyle rap. The Red Bull Batalla de los Gallos Exhibition arrives at Cruïlla Festival to prove that the best rap comes from the guts!

Ready to witness a battle where the weapons are not guns or swords but improvised verses? On July 4, come see Arkano and Blon fight for the victory over Verse‘s beat.

With your ticket for July 4 you will also see Natos y Waor, Ayax y Prok and Lildami.

Arkano comes to Cruïlla as one of the best MCs in Spain and worlwide. He won two times the Spanish Red Bull Batalla de los Gallos and he also won the international version of the same contest in 2015. Moreover, he has a Record Guinness: in 2016, he was the first person to rap during more than 24 hores. He also hosts a TV show called “Proyecto Arkano”.

He has an amazing career, but… Blon is not afraid at all. He wants to smash him! He has been a regular at the Red Bull Batalla de los Gallos since 2013. And, this year, he wants to dethrone Arkano and turn into the new “King without a crown”, as the title of Blon‘s last album.

But both MCs can’t do anything without a DJ who gives the beat: Verse. He is the producer of the Red Bull Batalla de los Gallos and an expert in freestyle rap. DJ Verse will create the perfect instrumental base to set the tone at Parc del Fòrum.