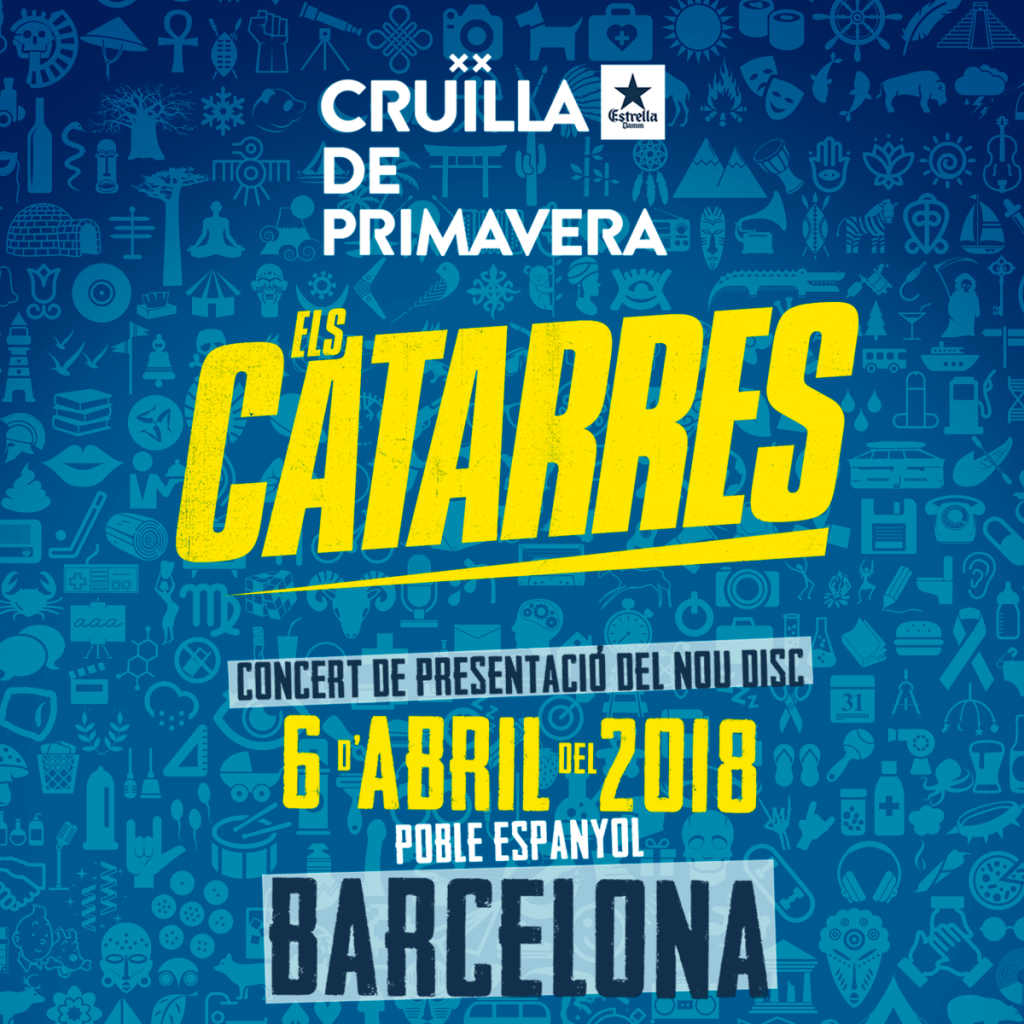 The second edition of Cruïlla de Primavera represents the long-awaited return to the stage of Catalan band Els Catarres, who took a break last year. The concert will take place at the Main Square of Poble Espanyol on April 6th, 2018. There they will present their new album, which will be released in early 2018.

Els Catarres performed at Festival Cruïlla 2015, along with artists such as Kendrick Lamar, Ms. Lauryn Hill or FFS. The last time they got on stage was in November 2016 with their farewell mini-tour “L’últim adéu” (The Last Goodbye), one that took them to some of the most famous venues in Barcelona. Then they went on a well deserved break to rest and work on their new album.

And after closing a cycle with “sold out” signs in 7 of the most emblematic music halls in Barcelona, they begin a new one in an open-air space in which they have never played before: Poble Espanyol.

Help us make Els Catarres’ return as big as they deserve. Get your tickets for Cruïlla de Primavera 2018!