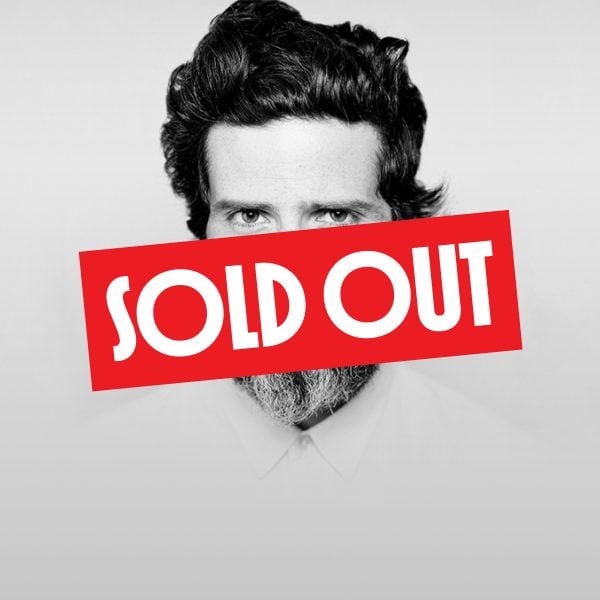 Tickets are sold out!

Photographer, drawer, poet… Devendra Banhart‘s songs are like pictures, his videos often seem to be drawings, his lyrics are just fine poetry. The Venezuelan singer has broken the borders of folk and created a musical universe of his own, a place with warm blood and a thousand colors.

“I am in stage of my life when all of my closest friends are parents and I am not and I may not be. So this is kind of everything I would say to a child. If I don’t have one, I have made a record where I would have said everything I wanted to say”. The result is Ma, a chant for motherhood from many different perspectives, the new LP that Banhart has crafted with care.

On February 13th, Devendra Banhart will put up his flag at Sala Razzmatazz, in Barcelona. Therefore, we will need to move Valentine’s day forward, as well as the start of Cruïlla de Primavera. Because, even if it’s cold outside, Devendra Banhart’s music will make the flowers blossom and will heat up the bodies.

He broke the charts with Carmensita. Now, the Ma album includes three songs in Spanish, a song dedicated to his recently deceased father and songs like Kantori Ongaku, pure psychedelic folk with a Japanese theme.

“The title of the album comes from the realization that the word ‘Ma’ is a very good candidate for our first utterance and our very last whisper; the word itself means ‘Mother’ in countless languages”, he explains.

Vetiver to open the night

If you get to Razzmatazz a bit earlier, you can use the same ticket to see the opening act by Vetiver, a classic figure in the San Francisco freak folk scene.

Andy Cabic, AKA Vetiver, has toured with bands such as Fleet Foxes or Wilco. He has a close relationship with Banhart, with whom has composed Down At El Rio and other songs.

If you don’t know Vetiver yet, listen to You May Be Blue and today you’ll be adding a new artist to your playlist.