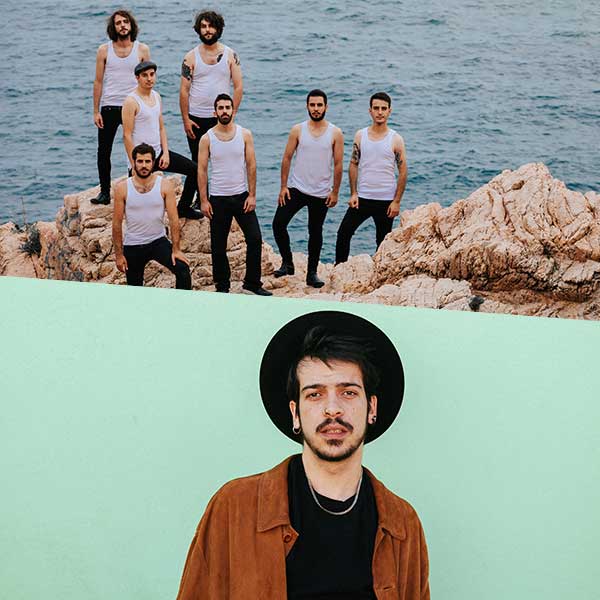 Passion, honesty and road travel. That’s the work ethic of La Maravillosa Orquesta del Alcohol, better known as La M.O.D.A. It’s a work ethic that comes through clearly when you listen to their songs.

This group from Burgos is coming back to Cruïlla twice over. In summer, they performed at the Festival, and on October 20, at Cruïlla de Tardor.

We never get tired of La M.O.D.A. because their songs are visceral and heartfelt. It will be a pleasure to see them at the Hivernacle in Poble Espanyol, together with Animal.

Animal, the sweet pleasure of going with the flow

Thousands of followers on social media, more than 150 concerts with a single album, and millions of views. It’s clear that Animal has consolidated its position as one of the most solid bands in the Catalan Countries.

This septet mixes pop, folk, rock, reggae and soul sounds. Their songs get you hooked instantly and they don’t let you go until they’re over. It’s the revival of Catalan pop-folk, along with the good vibes characteristic of Els Catarres.

On October 20, come and see Animal and La M.O.D.A. at the Hivernacle del Poble Espanyol. Two concerts to feel the beats, dance and be moved.