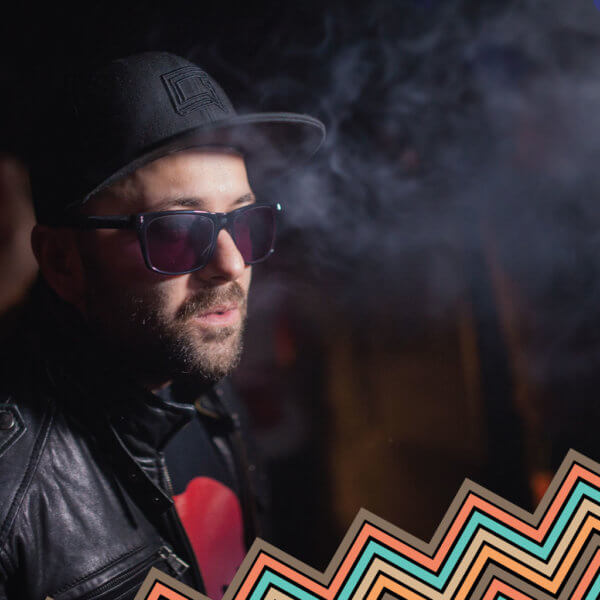 Behind Gramatik is Denis Jasarevic, a Slovenian-born now resident in the United States. His style is a mixture of dubstep, electro, hip hop, trip hop and glitch. He has published 9 LPs (his last one, “Epigram”, in 2016) and 3 EPs, plus numerous singles and remixes, and he has become an idol in contemporary electronic music, both in the USA and in Europe.

In this rise to stardom a decision was key: to publish his full discography in BitTorrent, free to share. That very same year he became the third most downloaded artist in this platform, and he was nominated to the MTV Awards.

In 2015 he toured for three months, and he premiered a new single, “Native Son”, during his performance at Coachella Festival, in which he invited Raekwon, from Wu-Tang Clan, to the stage. In 2016 he released his last album to date, “Epigram”, followed, at the end of the year, by “Epigram Deluxe”, where he included several unpublished remixes and instrumentals.

In this musical producer’s concerts, he does not use turntables nor CDJs, it’s just him with keyboards and an Ableton APC, plus an electric guitarrist and visuals and light games in an impressive display. His autumn tour will stop in the main concert halls in Europe, such as Zenith, Rockhal or Alcatraz.