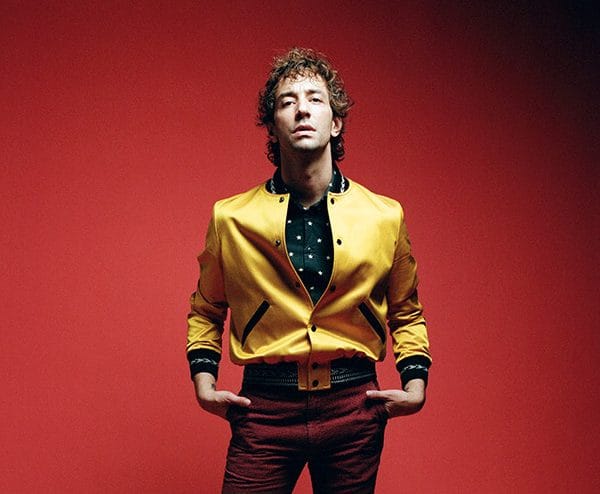 The return of the soul of The Strokes

More than 15 years ago, a light beam named The Strokes lit rock music with colours we had never seen before. This unexpected lighthouse connected with the emotions of millions of people around the world. Now, one of their founders is shining with his own light. We stand up to welcome Albert Hammond Jr in Barcelona.

The legendary guitarist from New York, son of Albert Hammond, is bringing back the magic of the first The Strokes. A great part of his new album, Francis Trouble, has that garage sound that laughs with sorrow and cries with joy. Moreover, it still sounds fresh.

Albert Hammond Jr explores a difficult topic in his new album: the death of his unborn twin brother, Francis. Many years later, Hammond found out that one of his fingernails actually belonged to Francis, and that changed him for good.

A musician like this, with such a project, had to be in Cruïlla. And we are really looking forward to hearing those familiar guitar sounds that, somehow, bring summer memories back.

With your ticket for Saturday, 14th July, not only you will be able to see Albert Hammond Jr live. Also David Byrne, The Roots and Justice, amongst many others.

Buy here your ticket for Saturday or check out the line-up per days and choose your favourite ticket.