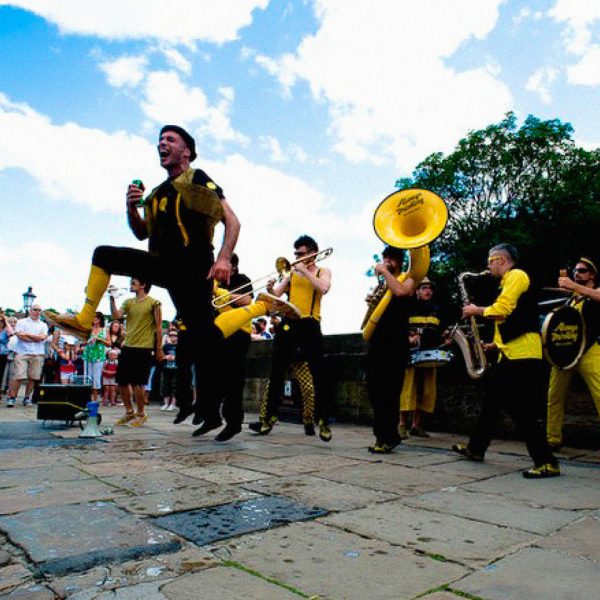 The Always Drinking Marching Band has been touring the streets of the world since 1997, leaving its personal and irreverent stamp wherever it goes. In those early days and with their first show Birra, sudor y lágrimas (Beer, sweat and tears) they realized the potential that this fanfare had; it was a time of laboratory, discovery, knowledge and consolidation.

It is from 2004, and seeing that the public asked for more Always Drinking, when they created their second, more elaborate show: La Calle Es Nuestra was born, with which they wanted -and still want- to reclaim the streets, an open and free space where we should all coexist with respect.

At the same time, other shows were created, aimed at both street entertainment and theaters, circuses, scenarios of all kinds and even productions for television, which served them to discover the world of entertainment from a large number of points of view and gave them an experience of more than a thousand long performances.