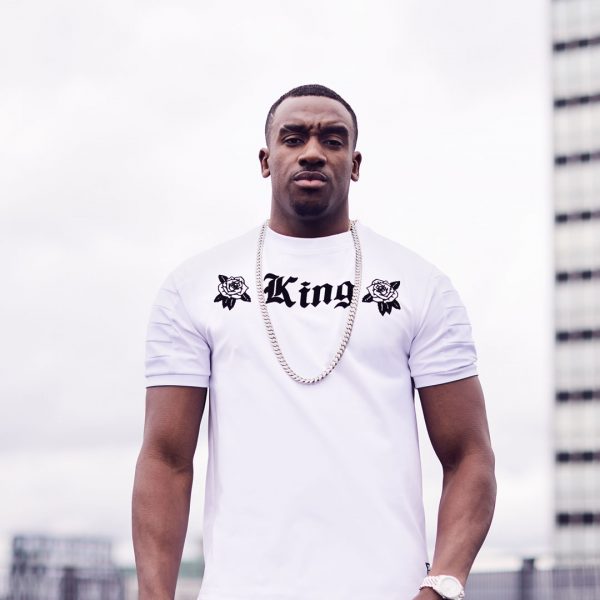 Straight from Manchester, the most promising grime artist!

A brand new discovery to make at Cruïlla in 2018. It’s been a long time since we got so hooked to a new artist from the hip hop scene. We believe Bugzy Malone has arrived to become one of the big names, sufficiently commercial to reach a mainstream audience yet with all the power of the hardest hip hop.

Life has not been easy for Aaron David. Raised in Manchester in a family marked by crime, the inevitable pull down the wrong path landed him in jail when he was still a teenager. Fortunately, boxing and music became his means of escapism, where he channelled the negativity that surrounded him into something more positive.

Many passages in his diary, where he candidly reflected on his surroundings, became ferocious lyrics, which Davis, now baptised Bugzy Malone, spits out with speed and knockout force.

The EP Walk with Me and the album King of the North have catalysed his ascent in the British charts, making Bugzy Malone one of the big names of grime as he fights the centrality of a music scene based primarily in London. He proudly exhibits his Mancunian origins (he even samples his fellow Mancunians, Oasis!).

At Cruïlla we are already preparing the throne for this 26-year-old “King of the North” that has a future of greatness before him.