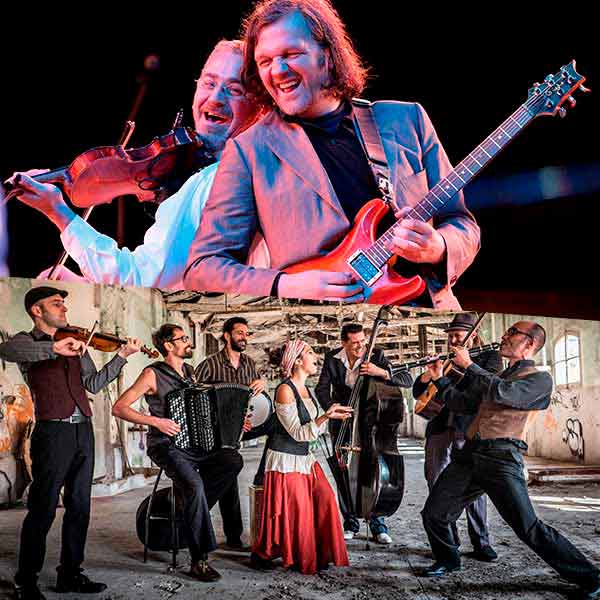 The great Balkan party at Razzmatazz

Emir Kusturica is probably the most significant artist from the Balkans and one of the most relevant in Europe. He is just as good a filmmaker as he is a musician, and it is the latter that interests us most for Cruïlla de Tardor.

We’ll see him live, accompanied by The No Smoking Orchestra, with a new album and also his best-known hits. As of now, he’s already confirmed that he’ll play the soundtrack of some of his films, such as Black Cat, White Cat and Life Is A Miracle.

In the BGKO, there are no two members from the same place. They are a true representation of multi-ethnic music, a group playing klezmer and gypsy music with sounds from Eastern Europe.

They are seven nomads who understand Balkan music as something that goes beyond one particular border, because what makes this genre great is precisely the huge variety of cultures that created it.

BGKO have established themselves as a reference point for Balkan music in Barcelona, the city where the project was born and where they very quickly achieved international fame.

Now, we’ll see them again in the city where it all began. It’ll be on October 18 at Razzmatazz 1.