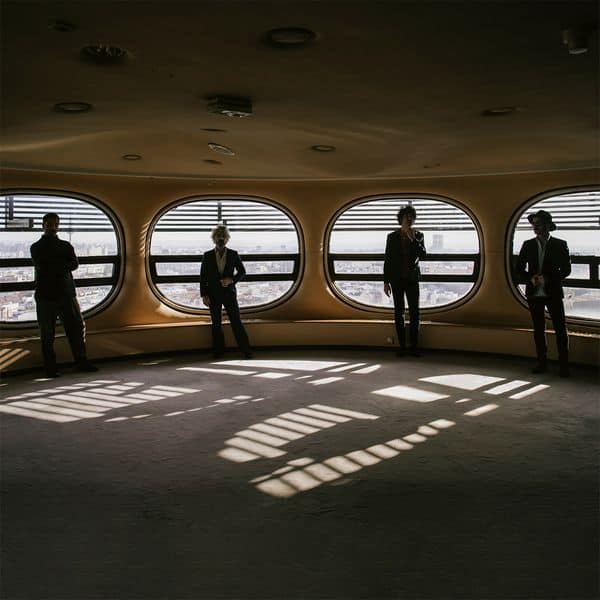 Somewhere between the cities of León and Benavente, someone had the brilliant idea of doing something different. Four men dressed in black wanted to turn the pessimism they felt into an unstoppable energy, a lightbeam so intense that instead of saying ‘no’ they ended up saying yes: ‘ahora soy feliz, siento una extraña euforia’.

Since then, León Benavente has been for many the definitive indie band, the rock band of choice. When we still hadn’t recovered from Vamos a volvernos locos, they haven’t lost a moment and are already preparing another big hit. Their new album, Era, will be released in January 2022. And, after listening to their first preview, Líbrame del mal, we can’t wait.

April 9, Sala Barts, Cruïlla Primavera: León Benavente is opening the curtain once again to take us into a new era. An era we are going to dance our way into.