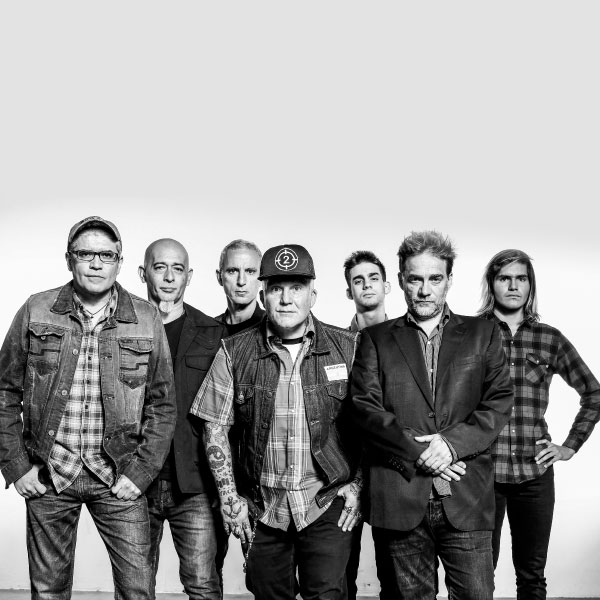 Festival Cruïlla 2017 was a witness of the performance of Los Fabulosos Cadillacs, writers of hits such as “Matador”, “Vasos Vacíos”, “Siguiendo la Luna” and “Mal Bicho”.

If you want to keep on enjoying the best live shows, take a look at the full line-up for Cruïlla 2018 and get your tickets now.

Argentinian band Los Fabulosos Cadillacs is considered to be one of the most important on the Spanish rock scene and now they’re back with a conceptual album based on a story: La salvación de Solo y Juan, an album thanks to which they won two Latin Grammy Awards.

This new album represents the return of Los Fabulosos Cadillacs to the stage, after two years without any official appearances in Buenos Aires and 30 years after their debut.

Over their 25-year career, they’ve racked up a total of 11 studio albums (without counting compilations and live editions), multiple Gold and Platinum CDs, almost three million albums sold and more than 1,200 shows performed around the world. They also have many different awards to their name, from Grammys (they were the first band to win the category “Best Latin Rock/Alternative Performance”, created in 1998), to MTV, Billboard, ASCAP, Gardel, ACE and Golden ACE.