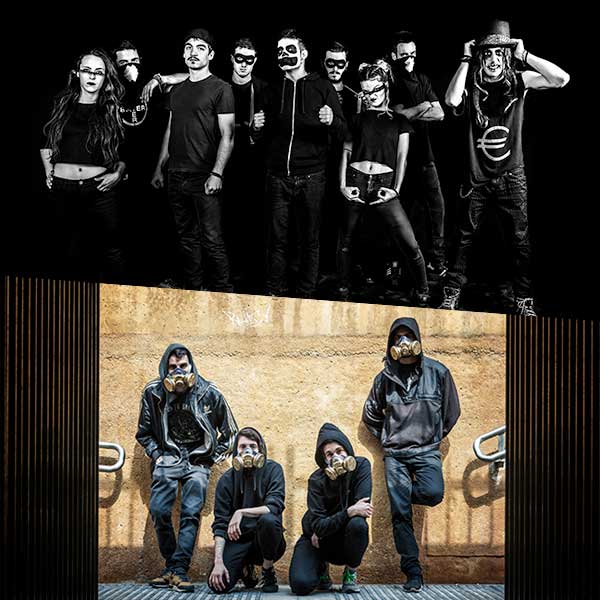 Ticket price for both concerts is €15 (in advance) or €18 (ticket booths). Once the doors of the venue are open, the sale of tickets through the website will stop, and tickets can only be purchased at Razzmatazz’s ticket offices.

Mafalda: this Halloween, we’ll be heard

Anti-capitalist. Anti-fascist. Feminist. Music is always political, but with Mafalda, there’s no beating around the bush.

Mafalda is a cocktail of ska, funk, hard-core, punk, reggae, metal and hip hop. With their latest album, La última vez que te escucho, they have earned respect in almost all the big anti-establishment festivals in Spain.

They have a coherent message yet an unpredictable sound. Mafalda are activists that use music to deconstruct everything that has been imposed on us since we were born.

We’ll see them live at Razzmatazz 1, together with Tremenda Jauría, on October 31. If you’re someone who dares to question injustice and imposition, this Halloween, we will be heard.

It’s no longer acceptable to say that Latin-American electronic music is bad music, nor that it’s sexist. Tremenda Jauría make cumbia, reggaeton and moombahton their own to start a political and combative fiesta. Feminist reggaeton of the best kind.

They break down preconceptions as easily as they move the masses. Although little more than a year has passed since their formation, they have already played on stages all over the Iberian Peninsula. Their latest EP, Codo con codo, experiments with new rhythms and sounds whilst being fully armed in protest.

On October 31, we’ll see them live at Sala Razzmatazz. The best thing is that with the same ticket, you can also see Mafalda live. Let’s go!