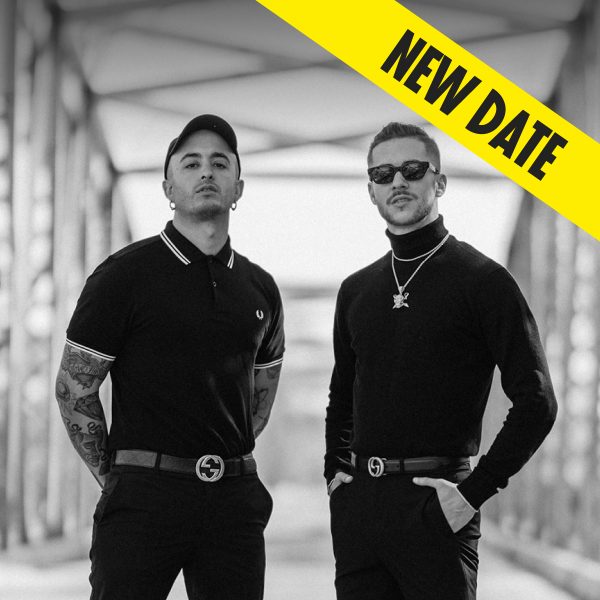 As a preventive measure, the Natos y Waor concert scheduled for April 4th at Poble Espanyol has been rescheduled for November 6th, and will take place at Sant Jordi Club. The set times remain unchanged and the same tickets are valid for the new date.

The kings of Spanish rap are still unstoppable

Natos y Waor are THE Spanish rap duo of the last years. Bearer of the transformation of the music industry, they set their own rules without forgetting their principles, and ended up breaking all the charts with no multinational company behind them.

Natos y Waor’s rhymes were born in the Aluche neighborhood, in Madrid, and somehow they managed to use them to fill up stadiums. They proved this at Cruïlla Festival 2019, where a crowd of thousands sang their songs.

On November 6th, Natos y Waor will take over Poble Espanyol in Barcelona. Get your ticket now, for they won’t last long!