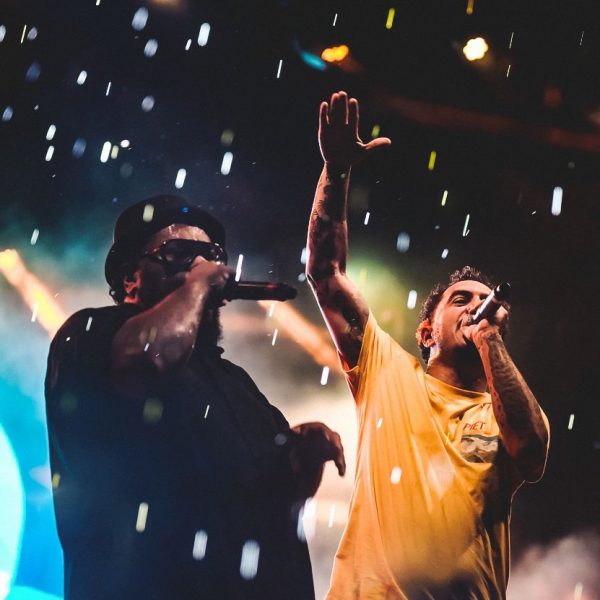 Meet Planet Hemp, the legendary rap-rock band, one of the most notorious hip-hop bands from Brazil, for many the Brazilian Rage Against the Machine. Meet the pure hardcore sound from the 90’s, with its crazy metallic bass lines and its funky guitars!

Marcelo D2 and BNegão are back. Their solo careers never stopped, but now they’re back together to spit Legalize Já like they used to. These two MC’s could just rap for hours and hours with no loss in precision or fury.

We saw what Marcelo D2 is capable at Cruïlla Festival. We’ll see what happens when he joins his friends onstage at Cruïlla de Tardor.

Planet Hemp was born in 1993, when Marcelo D2 and Skunk met each other in the streets of Rio. Skunk passed away a year later and BNegão took over the mic. With only 3 studio albums, they became the star of an anti-establishment Brazil a country that raised against conservatism and called for the legalization of marijuana.

Many years later, the members of Planet Hemp are still commited to the political situation of their country. Marcelo D2, for instance, made an intensive campaign against Jair Bolsonaro, the first extreme right president in the history of Brazil. Maybe it’s this coherence with their origins what makes possible that Planet Hemp goes back onstage with the same energy.