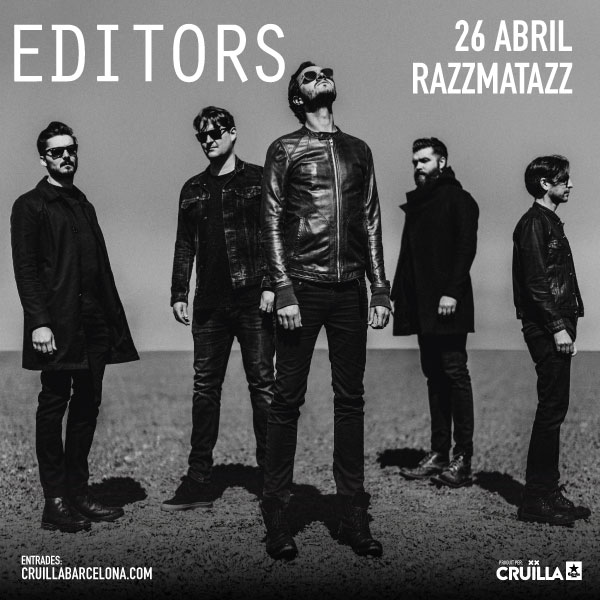 The English band Editors arrives to Barcelona thanks to Cruïlla Produccions to perform live their new album, which will be released early 2018.

The concert will take place on Thursday, April 26th 2018 at Razzmatazz. There you will enjoy yourself with the band’s greatest hits, such as Papillon, Munich or Smokers Outside the Hospital Doors.

With a career that comprises 15 years, 5 studio albums, a Mercury Prize nomination and thousands of live shows around the world, the band is currently polishing their sixth album, which will be composed of ten songs.

Do not miss this unique opportunity to see one of the best British bands from the 21st century in concert.

Get now your tickets for the concert!