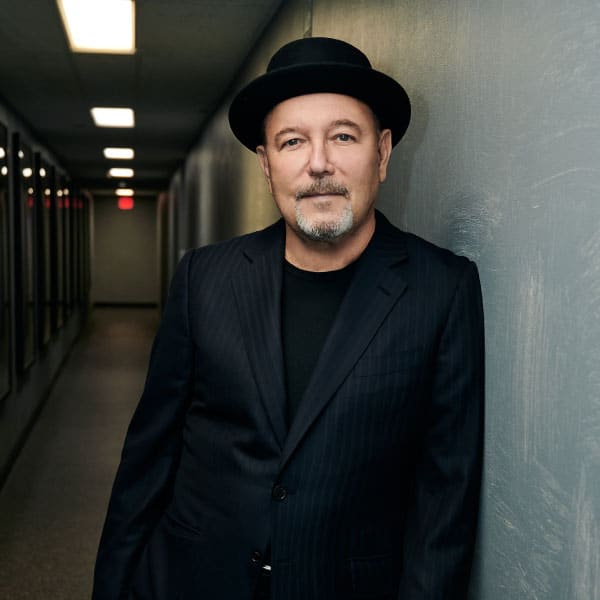 Rubén Blades arrives in Cruïlla Festival with the Roberto Delgado Big Band, the Panamanian orchestra of twenty musicians that has accompanied him for more than 10 years and with whom he has won eight Grammy Awards (out of a total of twenty), including Album of the Year in 2017 and in 2021.

Pedro Navaja sounds. Te están buscando sounds. Decisiones sounds. All those songs that have marked the history of salsa sound. And, next July 9th, we will dance to these and many more live at the Festival Cruïlla.

The concept of Rubén Blades‘ show will be “Salswing“, an unprecedented display of salsa and swing rhythms that gives its name to one of his latest albums. Salswing earned him the Latin Grammy for Album of the Year 2021 and has not yet been performed in Spain.

Don’t miss the opportunity to see one of the most important salsa singers in history, live in Barcelona!

In addition, with the same ticket on Saturday, July 9, you will also see the concert of Juan Luis Guerra. This is the first time in Europe that Guerra and Blades will perform on the same festival. The July 9 ticket also gives access to all the other concerts that will be held that day, such as Seeed, Rozalén, Tanxugueiras, Queralt Lahoz and many more.