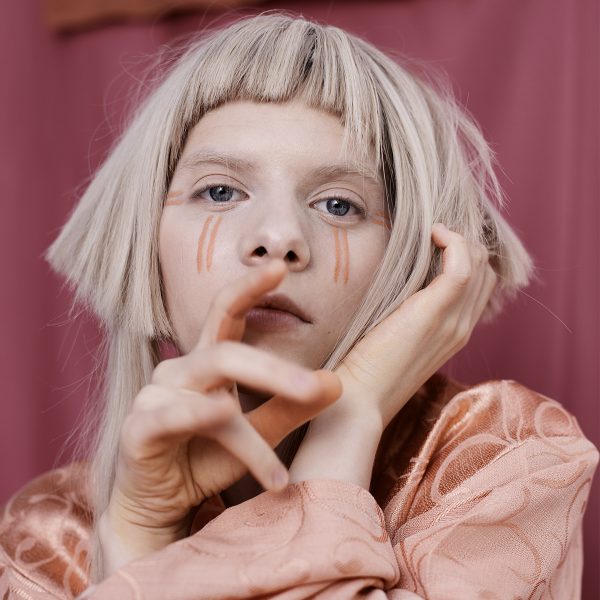 A warrior with a fragile voice

When we talk about AURORA we speak about personality. Not only for her singular voice, but also for her lyrics, her stage movements and, also, the music production of her albums. Everything is tainted with her essence.

This norwegian singer is capable to transport you to her own dimension with every song. Playing with elements from electronic music and folk and using her fragile voice, AURORA carries you through verses filled with fight and social message.

The mixture of strenght and fragilty turns AURORA into a unique artist, with all the virtues to conquer the hearts of Cruïlla’s audience.

Also, with your Wednesday ticket, you will be able to see Black Eyed Peas in concert!

Buy here your Wednesday ticket or, if you’d rather live the whole experience, get the full festival pass.

Even though she is pretty young, AURORA comes to Cruïlla Festival as the supporting artist for Black Eyed Peas. One more sign that her promising career, which started three years ago, is far away of getting stuck.

The debut album of AURORA, All my Demons Greeting me as a Friend, came out at 2016, when she was only eighteen years old. At 2018, she published her second album: Infections of a Diferent Kind (Step 1), the first half of a two-part album. A much more personal composition that will be performed live for the first time in Barcelona.

AURORA’s shy essence transforms into stage confidence when she performs live. She says that, in the beginning, she wasn’t comfortable being on stage. But, now, she really loves it, because she discovered that is a way of “giving to people in the crowd a way to escape from their lives“. And she wants them to “cry and dance and laugh with her”. This special connection will be created at Cruïlla Festival on Wednesday, July 3.