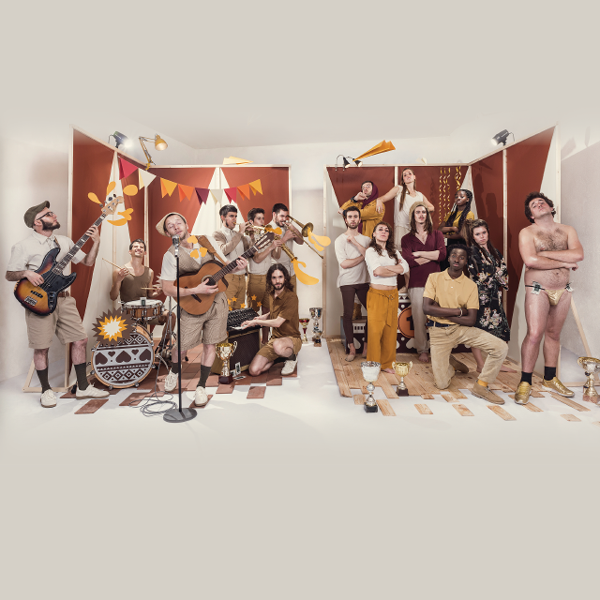 A good-humoured big band that is in constant expansion

“By doing things without thinking, we can end up doing things we would never have thought of” seems to be the motto behind Oques Grasses’ attitude; they are an improvisation sensation, perfectly exemplified in the titles of their first two albums: Un dia no sé com and Digue-n’hi com vulguis (An ‘I Don’t Know’ Day and Say it Any Way You Like). But there is also an element of “the more the merrier”, as over time they have kept adding new members to their original septet, becoming a real big band with great vibes.

In 2016, Oques Grasses released their third album, You Pony, where Marc Parrot’s production refined and polished the sound of their arrangements, keeping the spirit of the group intact, which they will be demonstrating at Cruïlla with an inimitable, beautiful, cheery and revitalising live performance.