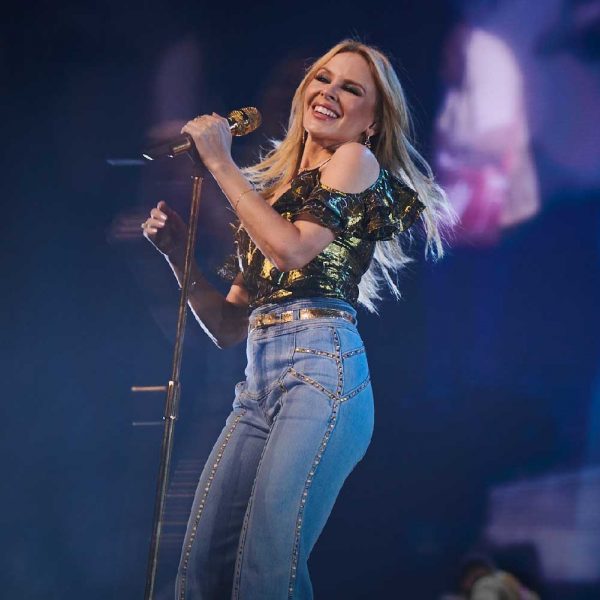 Kylie Minogue will come back to Barcelona next summer to present the songs of her last album Golden, along with a selection of the best-known hits of her three-decade-long career.

On July, 6, 2019 we have a date with a real pop superstar, in what will be an exclusive concert in Spain. There we will be witnesses of the strength of an artist who is still in top form.

With your ticket for Saturday, 6 you will not only see Kylie Minogue live, you will also be able to enjoy the performances of Love of Lesbian, Dorian and many other artists yet to be announced.

Little more can be said of the Australian’s career. She became well known as a television actress thanks to TV series Neighbours, and then become a pop icon as early as the late 80s.

The dozens of awards she has won and the 90 million copies she has sold of her albums have turned her into one of the most influential figures in music, a key figure to understand pop music, and also a symbol for the LGTBIQ collective.