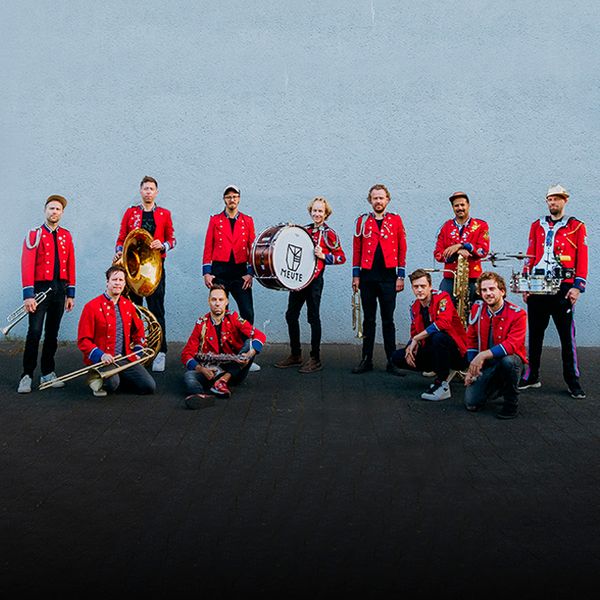 Everyone has an electronic music-loving friend whose natural habitat is the discotheque. And on the other side, there’s a friend who prefers to go to a concert and see a good brass band on stage. Well, there’s no need to separate the two at the festival, because Meute has arrived: the band that has managed to make peace between lovers and detractors of electronic music. At least for the duration of one of their concerts.

As well as bringing all your friends together on the same dancefloor, their feat consists of inventing reworks of great producers and DJs such as Trentmøller, Flume or Deadmau5. And they are not just simple covers: these 11 musicians experiment with electronic but with brass and percussion instruments and organic sounds. For 5 years they have been shaping a techno marching band capable of counting their concerts in sold outs, but also of going out for a walk to create their own street parade.

After a long wait, Meute is finally coming back to Barcelona, and the world’s most powerful brass band is coming to Cruïlla 2022 on Friday 8 July!