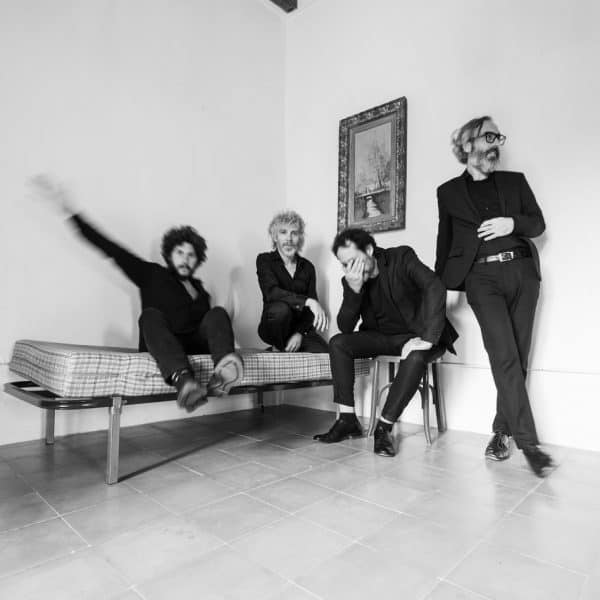 Elefantes are a clear example of musicians of breed, who combine elegance and rapture, distinction and fury in their live performances, with profound messages and careful instrumentation.

Renovators of the Spanish song from a unique and personal perspective, the band has once again positioned itself after twenty-five years of career as a national musical reference of great spectrum, combining sounds that go from pop to flamenco, passing through melodic song and rock. A new project from the Catalan group arrived in 2020: Elefantes released the album Antoine, a magical adventure of 16 songs based on passages from The Little Prince.

Now, after almost two years of silence, Elefantes returns to the stages all over the country and does so with a completely revamped show, in which they review the most emblematic songs of their more than 25-year career. A different concert that marks the beginning of a new stage for the band, which we will see live next Friday 8 July at Cruïlla Festival 2022.